Women’s Literary Tradition and Twentieth-Century Hungarian Writers was published in English at Brill-Rodopi in the last days of 2019 – publication year is 2020. It was translated by Anna Bentley, and appeared in the series Women Writers in History. 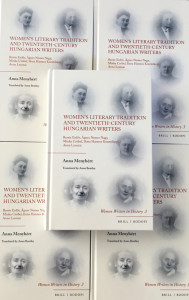 Women’s Literary Tradition was published in 2013, and has evoked a great interest among critics and reviewers as a pioneering and groundbreaking volume. I have lectured on its topic in several countries. The book explores the reasons why Hungarian literary history tends to forget women writers, why their works are excluded from literary canons and school curricula, despite the fact that they were well known writers in their own contemporary era. The books examines in depth the examples of five 20th century Hungarian women writers (Renée Erdős, Ágnes Nemes Nagy, Minka Czóbel, Ilona Harmos Kosztolányiné, and Anna Lesznai), and attempts to build a women’s literary tradition as a counterbalance to the all too influential mechanisms of forgetting. 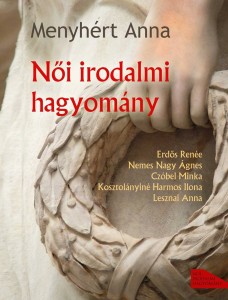 In each case study I focused on the image of these women that are available for us via literary history, that is, on how they have been represented. My aim was to change this image in order to build a women’s literary tradition retrospectively so as to help contemporary women writers to avoid the fate of their predecessors.

Throughout the book I apply a style based on a concept I had developed in my previous volume Speaking the Unspeakable: Trauma and Literature (2008), the concept of “personal reading” which can manifest itself in a kind of cross-genre writing combining elements of academic and fiction writing. The book thus is staged like the detective work of a contemporary woman writer – me – attempting to become acquainted with these women writers of the twentieth century, describing the process itself in a self-reflective mode.

Why have women writers been excluded from Hungarian school curriculum? Anna Menyhért’s provocative and groundbreaking monograph, Women’s Literary Tradition challenges Hungarian canons, explores the reasons for the collective amnesia of literary history via studying the life and work of five twentieth century women writers, well known authors of their own times, providing close readings and previously undiscovered archival data, with a background in memory studies and trauma studies. The book is written in a unique style, it combines elements of academic and fiction writing, as it sets out to establish a literary tradition retrospectively for the author as a contemporary woman writer herself.