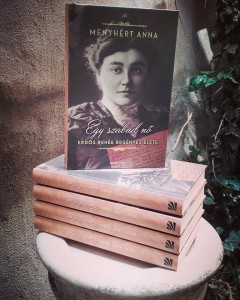 The Remarkable Life of Renée Erdős

A number of pedestrians lifted their heads at the newspaper boy’s shout. The walls of the high apartment buildings on Kigyó Square, a stone’s throw from the Danube, echoed and reinforced his piercing voice. As the horse and carriage headed from the Klotild Palaces towards Franciscan Square, the fading voice escorted it.

‘Stop, please, let’s go back!’ was Erzsébet’s urgent cry to the coachman, who drew up to the pavement by the Franciscan Church and gestured to the newspaper boy. Leaning out of the carriage, Erzsébet handed over some money in exchange for the evening paper.

‘Is he dead?’ Renée asked. Her hand was shaking too much to reach for the paper. The buildings seemed to be cowering over them: the triangle of the church’s façade leaned over the small palace opposite, touching its nodding wall with its spire. The enormous body of the church struggled to move, and it looked like it might crush the Fountain of Nereidas in the middle of the square with its belly, or at least knock the two female figures and their dolphins looking out from it. Renée was thrown back as the carriage started with a jolt. The walls of the houses returned to their rightful places, the puddles left by the afternoon storm were no longer reflected in the windows, and the women atop the fountain put the jugs back on their heads. Still lying back in her seat, her hands clasped to her chest, Renée fingered her blouse. The shout of the newspaper boy grew ever quieter:

Erzsébet opened the paper and continued the article.

‘…has shot himself in the heart. In a dark moment of his life, the eminent author, editor of a leading literary journal, turned a weapon on himself. He shot himself in the chest while abroad, in the spa town of Semmering, outside Vienna. The bullet did not kill him. Medical help was to hand, and the gravely injured Bródy was taken to Vienna. The weapon fired in the direction of his heart at half past twelve. Put in a carriage, then on a fast train, he was in hospital by five o’clock. He is being treated with great care, and they hold out hope his life can be saved.’

‘I have to go there,’ Renée said. Her eyes began to darken, and her hand was still shaking.

‘How could he do such a thing?’

Erzsébet tried to calm her down, stroking her hand, then holding it in her own when she couldn’t bear seeing it shake so much.

‘We’re going home,’ she said. ‘You’re going to bed. We’re not driving all the way out to Stefánia Street now.’

‘We’re going back to the Ferenc Boulevard,’ Erzsébet said to the coachman.

Fáni, the maid, watched in alarm as Erzsébet supported Renée through the doorway.

‘We’re putting her to bed,’ Erzsébet said, turning to Fáni.

‘Didn’t you hear? Sándor Bródy’s shot himself in the chest.’

‘Oh my God!’ Fáni flinched. ‘The man of the house. Hasn’t been here for ages. Is he dead?’

‘No,’ Erzsébet replied. ‘The newspaper says there’s a chance he’ll recover. Now, go and make us a lemongrass tea.’

Renée meanwhile went to her bedroom, sat to her dressing table, and let down her hair. She was still in tears, but more composed. She rubbed some refreshing drops into her temples.

‘What should we do?’ she asked Erzsébet. ‘My first thought was that I have to go there. But I see it differently now. I’d just upset him. He’d think I’d gone to make peace with him. I can’t go there.’

‘It’s out of the question! That man destroyed you. We’ve just got you back from the sanatorium. The doctors just about managed to get you back on form. At last you’re eating, doing exercise, you even played tennis at Margitliget, and you’re writing again, without upsetting your nerves. You mustn’t open those wounds all over again.’

Evening fell. The heat abated a little, and there was the sound of children from the street: urchins ran after the watering cart, cooling off in its spray on this July night. Their carefree antics pained Renée’s heart.

‘Everything will be different now,’ she stated.

Erzsébet gave her a quizzical look.

‘I’ve known it for a while. I knew it even before we travelled to the sanatorium in the spring. It wasn’t just Sándor who drained me out, but the way that journalists, editors, even typists in the editorial bureaux would all look at me differently, ever since we went our different ways. For a long time I thought I was just imagining it, but now I’m quite sure I wasn’t. I got used to it. C’est la vie. Nothing I can do. Publishers don’t get in touch; I don’t get many journal commissions, either. That’s why I started on The Book of Writings. So I could have a journal of my own, my own income. Now summer’s upon us, the editors are on holiday, but trust me, it will get worse, and in autumn just worse still. That’s my feeling. They will blame me.’

‘They can’t hold you responsible,’ Erzsébet objected. ‘There was nothing you could do. Things were over between you.’

‘But perhaps I am to blame. I could have been a better companion for him, and then he would never have got to this point.’

‘That’s just your guilty conscience talking. That’s none of their business. They never saw him deep inside. All they can do is gossip.’

‘Yes, gossip. They just make assumptions, accusations, judgments. But maybe I really could have done more. You know how hard it was to break away from him. It was a long time before I really believed it was over.’

‘I knew his fears, his melancholy, his dark moods. From time to time he was convinced he was severely ill. With me he mellowed a bit. We had fights, it’s true, but we always made up afterwards. He always calmed down. I could have helped. But I said no.’

‘Could you really have taken it any longer? That he wouldn’t so much as pay you a visit for weeks, while half the town was gossiping about him cheating on you left, right and centre?’

‘No. That couldn’t go on any longer. And yet… I didn’t do everything I could. I didn’t know what I could do. In autumn last year, when after our separation we came back from Venice, he went around town like an enraged lion. He would block my every avenue, even in the editorial bureaux. But I knew better than anyone that he was ill, nervous, tormented by demons. I could have guessed that he couldn’t face his illness in humility. That he’d be too proud. That he’d rather face suicide.’

Suddenly her voice rose, and she broke into tears again.

‘He said that I had chosen my poems. My poems over him. Work, and independence. He was right! I did the wrong thing. And now I’m paying the price.’

‘I’m going,’ said Erzsébet, standing up. ‘You’re getting yourself worked up. You’re scared. There’s no reason for you to accuse yourself like this. You’ll see. Sleep it off, and tomorrow we’ll know more. I’m tired out, too.’

She went over to Renée, gave her a kiss, and stroked her hair. Renée instinctively retreated a little. The sympathy in Erzsébet’s eyes was replaced first with annoyance, then satisfaction.

‘I’ll look in tomorrow in the afternoon or evening. Eat, rest, and apply ointment to your eyes. They’re red and puffy from crying.’

Renée tried to sleep, without success. She would doze off for a few minutes, then wake up, again and again, haunted by bad, confusing dreams. She and Bródy were driving out of town. In the carriage he tried to kiss her, grasping her arm, then reaching for her breast. At first Renée was pleased, taking his initiative as tenderness, but then sensed it was something else, and became alarmed. The carriage came off the road, rustling through the late summer undergrowth as it headed through the night. Renée was lulled by this, Sándor a little pacified, and they kissed peacefully. Finally, in a darker part, which was almost a forest, Sándor suddenly wanted to push her out of the carriage. He grabbed her arm, and was about to push her out. His hand was hot, but what had been a lover’s touch suddenly became aggressive, even threatening. She cried out and pulled her arm back. He let her go, and she moved away. Sándor crumpled, and Renée pleaded for him to let her stay, and not to harm her. He looked at her with a wicked smile, but was no longer violent. He just gazed at her with crazed eyes, his pupils fissured, like someone who had just decided to finish her off for good. Then he turned away, then stood up, and unexpectedly stepped out of the now hurtling carriage. Renée leaned out, weeping, screaming, but Sándor was nowhere to be seen. It was pitch dark, with not even a touch of moonlight. The carriage rushed ahead. The forest continued to rustle, and her ears were full of its whistling wind.

Renée woke from this dream in horror: her heart was beating fast, and sweat dripped cold between her breasts. She tried to go back to sleep, tried to direct her dream and put it in its proper place. She brought in the moon to light up the forest. She was able to call out to the coachman to slow down, and then to stop. She tried to imagine Sándor as he turned around with his kind, familiar, long-lost loving smile and hurried his steps towards her. Aching with longing, her whole body slipped into this picture, one she was now only able to evoke for an instant. The film now slowed. As if they were pulling Sándor back: he continued to look at her, to step towards her, and yet he was shrinking into the distance.

She then tried to imagine him coming to visit her later. This could be weeks later, she comforted herself in her dream-like state – on other occasions Sándor had disappeared for weeks at a time. He would leave to live his own life, then, nevertheless, would appear again, standing in the door, a bunch of flowers in his hand, smiling, dazzlingly, guiltily, full of love. Renée would try to conceal her flush of delight, and would give Sándor a stern look, but of course he saw through her. She would look at him, look at him, until she threw the door wide open for him. This image made her wake up completely. She sat up in bed. Morning was breaking. She realized the dream images had become confused with real memories. In point of fact she was evoking a moment from about a year ago. She sat on the edge of the bed, and tears slowly formed in her eyes. She recalled the newspaper’s words. ‘Sándor Bródy has shot himself in the heart.’ 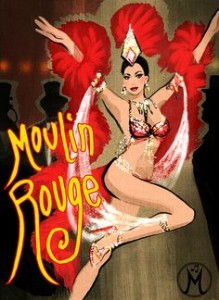 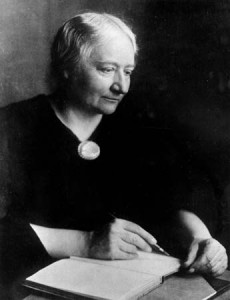 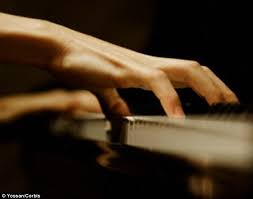 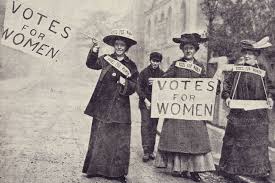 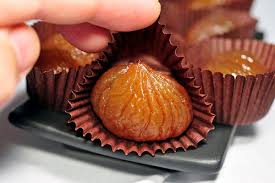 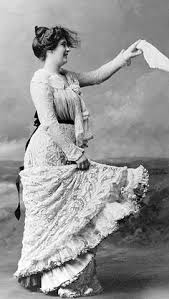 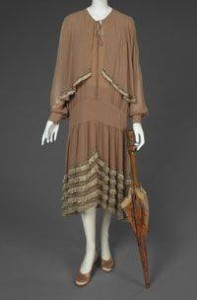 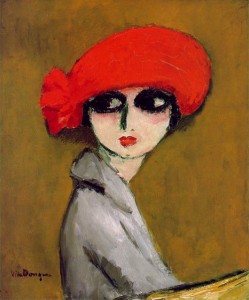 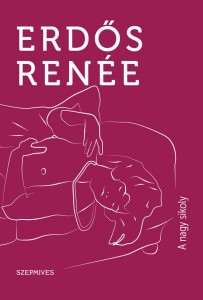